What is RAID and why do you need it? - Bacloud tips 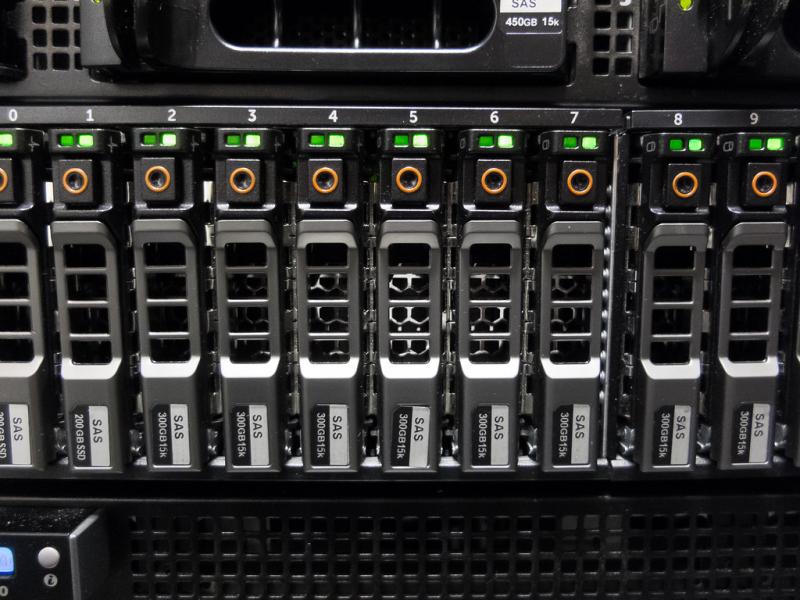 What is RAID, why do you need it? We receive many questions about RAID, so it is a good time to write about RAID in a blog post.

RAID stands for “redundant array of independent disks”. It is a technique that was developed to provide speed, reliability, and increased storage capacity using multiple disks rather than single disk solutions. So basically, RAID takes multiple hard drives and allows them to be used as one large hard drive with benefits depending on the level of RAID being used. It has several levels and each level has its own characteristics. The one you should choose totally depends on whether you are using RAID for performance, fault tolerance, or both.

Here is a short explanation of the popular RAID levels:

RAID 0 is used to boost a server's performance ( striping ). With RAID 0, data is written across multiple disks. This means the work that the computer is doing is handled by multiple disks rather than just one, increasing performance because multiple drives are reading and writing data, improving disk I/O. A minimum of two disks is required. Both software and hardware RAID support RAID 0, as do most controllers. There is no fault tolerance,  if one disk fails, then that affects the entire array and the chances for data loss or corruption increase.

RAID 1 is a fault-tolerance configuration known as mirroring. With RAID 1, data is copied seamlessly and simultaneously, from one disk to another, creating a replica, or mirror. If one disk gets broken, the other can keep working. It's the simplest way to implement fault tolerance and it's relatively low cost. The downside is that RAID 1 causes a slight drag on performance. RAID 1 can be implemented through either software or hardware. A minimum of two disks is required for RAID 1 hardware implementations. With software RAID 1, instead of two physical disks, data can be mirrored between volumes on a single disk. One additional point to remember is that RAID 1 cuts total disk capacity in half: If a server with two 1TB drives is configured with RAID 1, then total storage capacity will be 1TB not 2TB.

RAID 5 is by far the most common RAID configuration for business servers, known as striping with parity.  This RAID level provides better performance than mirroring as well as fault tolerance. With RAID 5, data and parity are striped across three or more disks. If a disk gets an error or starts to fail, data is recreated from this distributed data and parity block— seamlessly and automatically. Essentially, the system is still operational even when one disk kicks the bucket and until you can replace the failed drive. Another benefit of RAID 5 is that it allows many server drives to be "hot-swappable" meaning in case a drive in the array fails, that drive can be swapped with a new drive without shutting down the server and without having to interrupt users who may be accessing the server. It's a great solution for fault tolerance because as drives fail, the data can be rebuilt to new disks as failing disks are replaced. The downside to RAID 5 is the performance hit to servers that perform a lot of write operations. For example, with RAID 5 on a server that has a database that many employees access in a workday, there could be noticeable lag.

RAID 6 is also used frequently in enterprises. It's identical to RAID 5, except it's an even more robust solution because it uses one more parity block than RAID 5. You can have two disks die and still have a system be operational.

RAID 10 is a combination of RAID 1 and 0 and is often denoted as RAID 1+0. It combines the mirroring of RAID 1 with the striping of RAID 0. It's the RAID level that gives the best performance, but it is also costly, requiring twice as many disks as other RAID levels, for a minimum of four. This is the RAID level ideal for highly utilized database servers or any server that's performing many write operations. RAID 10 can be implemented as hardware or software, but the general consensus is that many of the performance advantages are lost when you use software RAID 10.

Hardware RAID means the usage of a hardware RAID controller to handle disk management in an array. It also helps boost the performance inside the array by offloading the processing power required to manage it to a hardware device.

Advantages: Hardware RAID is a dedicated processing system, using controllers or RAID cards to manage the RAID configuration independently from the operating system. The RAID controller does not take processing power away from the disks it manages. Thus, more space and speed can be used to read and write data. It can work on any operating system. Replacing failed disk is simple – Just plug it out and put in a new one.

Disadvantages: As hardware RAID requires additional controller hardware, the cost is higher than software RAID. If your RAID controller fails, you have to find a compatible one to replace in order to get the RAID system to perform the way you set it up.

Software RAID will look after the RAID management through software. The dedicated processing power for the disk management array is drawn from the server resources in this RAID.

Disadvantages: Software RAID tends to be slower than hardware RAID. Since some processing power is taken by the software, read and write speeds of your RAID configuration, along with other operations carried out on the server can be slowed down by it. Software RAID is often specific to the operating system being used, so it cannot generally be used for partitions that are shared between operating systems. Replacing a failed disk in the software RAID is a bit more complex. You have to tell your system to stop using the disk and then replace the disk.

Which One Should You Choose?

Choosing between software RAID and hardware RAID depends on what you need to do and the cost.

If your budget is tight, and you are using RAID 0 or RAID 1, there will be no big difference between software RAID and hardware RAID. If you need top performance while using a compute-intensive RAID 5 and RAID 6, you should go for a hardware RAID, because software RAID can really hurt performance. Moreover, esoteric RAID levels such as RAID 10 are usually not supported by software RAID. Hardware RAID is required in that case.

All in all, hardware RAID costs more than software RAID, but offers better performance and free you from the limitations of software RAID, giving you more flexibility in the way it is used and the types of configurations. If your budget allows, hardware RAID is definitely the way to go. Understanding the RAID arrays is very crucial for developing a storage infrastructure that meets the needs of the organization. RAID has the capability to protect against disk failures and provide fast performance. However, it does not provide any means to protect against data corruption or implement security capabilities.

Please review and confirm the updated Service Agreement. Thank you in advance!