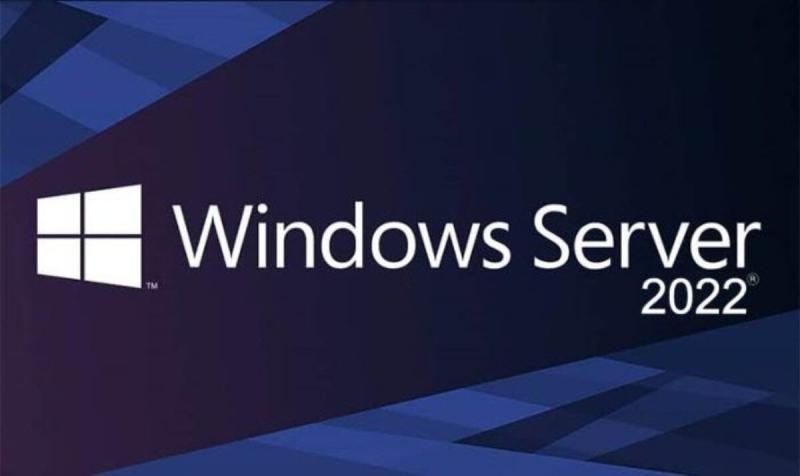 Microsoft quietly released the Windows Server 2022 to the general public in the middle of August. The official release was held on the 1st of September this year. The Microsoft team had their virtual Windows Server Summit due to Covid 19.

The Livestream session went on for two hours, where the presenters covered different aspects and features of the new Windows 2022. The previews were promising, and there are some epic features in the latest Windows Server version.

The Windows Server 2022 is promised to provide its customers a secure run for their workloads. It also introduces new hybrid cloud scenarios that will change how one perceives the Windows Server. Moreover, this modernized version is perfect to meet evolving business requirements. Both the small and large-scale businesses will benefit from Windows Server 2022.

One of the essential highlights of Windows Server 2022 is the work done on three main areas: Secure Core Server, Storage Migration Service, and SMB over QUIC. There were further tweaks in the security and networking.

Let’s thoroughly discuss the most intriguing developments in the Windows Server 2022.

Microsoft has decided to take drastic measures for the security of their devices which is why they have incorporated the latest technology inside their server platform. It will help protect the PC against any firmware attack from happening. The firmware attacks have been increasing dramatically, which is why it is crucial to address these security concerns and guarantee your customers that their PC is safe.

The Secure Core Server also allows the IT and SecOps team to tighten their critical security by applying comprehensive protection across hardware, firmware, and virtualization layers.

The Trusted Platform Module 2.0 chip and the Bitlocker plus Virtualization Based Security or VBS will be the shining armor for Microsoft. Each of the areas above will contribute to making a reliable hardware platform.

On the other hand, the TPM would store Bitlocker keys in secrecy; the VBS would use hardware virtualization using Hyper-V to prevent credential attacks. The Secure Boot is there to verify the signatures on the boot software.

Additionally, the HVCI and VBS will work together to safeguard the Control Flow Guard bitmap modifications. The CFG is responsible for stopping the corrupted and malicious apps from corrupting the system and applications.

The System Guard of the Windows Server 2022 is built on such features and validates the entire boot chain with the help of SRTM, DRTM, and System Management Mode protection.

The second significant addition to the Windows Server 2022 is the SMB. What SMB will do is allow you to use AES-256-GCM and AES-256-CCM encryption for your traffic. The signing also supports the GMAC.

SMB Compression will also improve application file transfer by compressing the data while transiting it over the network.

You can also use Robocopy and use SMB compression on the server, client, share, or file copies. Moreover, you can also get control over the encryption between the nodes inside a cluster and the inbound/outbound traffic to the cluster.

However, you can only enjoy these features when using the Windows Server 2022 or connecting with Windows 11 clients. You have to upgrade all your servers and clients to ensure that your traffic is protected and encrypted fully.

The most crucial addition to the Windows Server 2022 is the SMB over QUIC. It usually is SMB over UDP, where all traffic gets protected by TLS 1.3, allowing you to share files securely to the remote users without using the VPN. You will have to use Windows 11 to use it, however.

The new addition is the server version as the Windows Server 2022 comes with another unique version called the Datacenter: Azure Edition. Typically you have the Standard and Datacenter flavors, but Azure is the new addition which will be the only one to support SMB over QUIC.

Azure will also enable the IT gurus to automate their best cloud practices. The Azure Automanage for Windows Server will let the customers shift to Azure quickly without any significant network changes.

The Azure Edition will only run in Azure or Azure Stack HCI. However, it is unrelated to the Azure Stack Hub. The Azure Stack HCI is a Windows Server version you can run on your hardware with Hyper-Converged Infrastructure. The purpose of Azure HCI is to share the storage between the nodes using the Storage Spaces Direct (S2D). You will have to pay a monthly subscription for Azure HCI and also for the regular updates.

Azure has many applications according to architectural needs. For instance, you can use Azure Kubernetes Service with native .NET support to allow the customers to modernize their apps through Kubernetes. Moreover, if the users have shifted to Azure, they can also get help from Azure Hybrid Benefit and free Extended Security Updates.

This particular feature has been included in the previous Windows Server versions. It allows seamless file server migration from the legacy OS versions to the latest ones. You only have to aim a destination server at an existing file server, and the Storage Migration Server will have the data copied and get it synchronized. Then you can migrate that data to the new server.

You can migrate everything from the Server name to its permissions. You wouldn’t even notice that your servers have shifted. The Storage Migration Service also supports Linux Samba servers, Windows file servers, and NetApp files.

The Windows Server 2022 has arrived with a bang. It has made phenomenal security enhancements using services like VBS, CFG, DMA, SMB VPN, SMB over QUIC, and many others. Moreover, the incorporation of Azure Hybrid Capabilities and Azure Arc enabled Windows Servers will also become a promising node to this version. The SMB during transmission is something you wouldn’t want to miss in the new Windows 2022.