IPv6 IP addresses – The future of the Internet 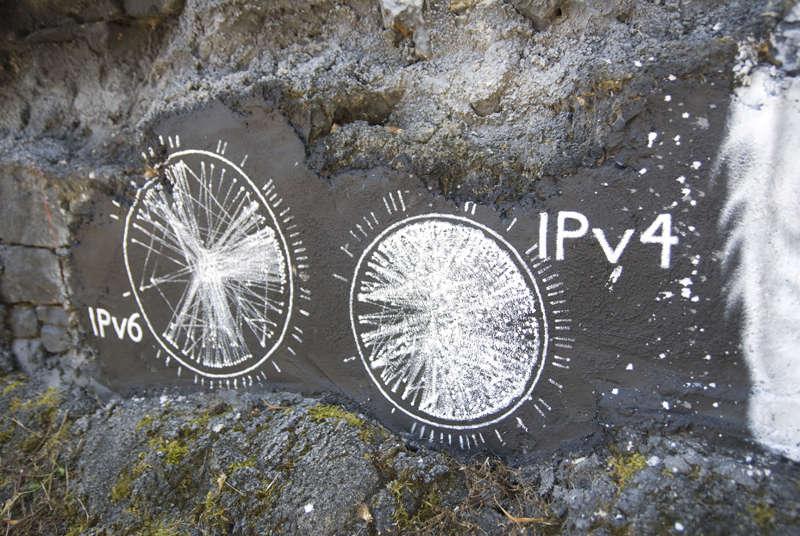 The IP, or the Internet Protocol, specifies the technical formatting of different schemes of address and packets in global communication. Most often, networks integrate the IP with a Transmission Control Protocol. It also enables the system to establish a connection between the source and the destination from a virtual perspective. Till now, two IP versions, IPv4 IP addresses and IPv6 IP addresses have come up in the industry, each having its features. Although IPv4 IP addresses are still there, the enormous growth in the IPv6 IP addresses points towards its dominance on the Internet. Let’s see how.

The IPv4 was produced in the ARPANET in 1983 and was the first version of IP. It identifies devices that are connected to a network utilizing an addressing system. This version uses a 32-bit address scheme which enables the system for storing 2^32 or 4 Billion different addresses. It uses a numeric method for addressing.

The latest version of the IP addresses was developed by the Internet Engineer Task Force in 1994 to accommodate even more internet addresses. The total bit storage jumps to 128bits, which accounts for 340 undecillion addresses. It’s the next-generation model for the IP address scheme and hence also known as the IPng or the Internet Protocol next generation. It uses an alphanumeric method for addresses.

The main difference between the two lies in their storage capacity for address identification as discussed. The older version supports broadcast while the IPng does not. Also, checksum fields are only available in the older version, the IPv4. The IPv4 uses an Address Resolution Protocol for mapping the MAC address. The new version of the IP, contrarily, uses a Neighbor Discovery Protocol for this purpose.

Why do we need IPv6?

In today’s world, as more and more computers are connected with one another, there remains no question why IPv6 stands as the priority. To further elaborate on why we need to prefer the IPv6 over IPv4, we’ve extracted the following points from our research:

IPv6 – How is it taking over the globe?

The newer version is putting its flags on the Internet with each passing day. Much of it has to do with the continuous and successful evolution of technology in the form of Artificial Intelligence, Internet of Things, and much more.

In the business world, the IT infrastructure is the only additive for the ROI of the business if it involves assets that are cost-effective enough. While IPv4 does not provide that support, the IPv6 comes with a better spread in the identification of address schemes through building connections to the upstream ISP using translation mechanism. These mechanisms help in the linkage of the remaining IPv4 exclusive content.

A lot of broadband ISPs in the market utilize IPv6 in their subscription services and utilize this version for sending the traffic to the related content providers. Let’s take for example, Comcast. The company has been actively using the version in United States, and according to the website, the deployment rate measures up to 66 percent.

Facebook, Google, LinkedIn, and Akamai are using the IPv6 addresses extensively for forming connections to the users of the same version across the globe. An amazing thing that comes in this regard is how IPv6 service delivery tends to significantly improve the overall user experience when it comes to the download time. Moreover, in infrastructures exclusive to the new version of the IP, data centers note an alleviated complexity in their operations which favors large scale service providers like them.

Smartphone/cellular services are now rapidly growing in integrating an IPv6 exclusive approach in the market. For example, Reliance Jio says that the total traffic using IPv6 today stands on a big chunk in the market with 90 percent. Whereas, in the United States, T-Mobile has rendered the IPv4 obsolete and hence all of its traffic has deployed IPv6 now.

What do the statistics say?

Google’s statistics describes the newer version of the IP to be available for its users to more than 30 percent, with more usage on weekends than weekdays. According to APNIC, the analysis from June and July 2020 show the US, India, Japan, Singapore, and some regions of southern east Asia show the highest deployment of the IPv6 addresses. However, Europe and Africa are still lagging in the race to become IPv6 compatible and exclusive. But the overall growth rate of the IPv6 to find its place in the IT dynamics as represented by the internet remains hopeful.

Southern Asia with India as its fulcrum stands as the region with the highest compatibility for using IPv6 addresses exclusively with 55% rate, and a preference rate for using this version stands at 54%. The US is slightly behind the game with capability and preference of 51% and 50% respectively. Western Europe comes as the third in the position with rates of 43% and 41%. Northern Europe, Central American continent, Australia, NewZealand, South America, and Eastern Asia also are seen as potential spots for embracing the new protocol for addresses.

The ever-increasing applications and integration in the Internet, usage of IPv6 addresses is only going to get broadened, and that too in a short time. For instance, the jump of the IPv6 availability to users according to the Google Stats was observed to be from 25% to 30% within a course of a year from 2019 to 2020. With more integration of users, the expanding demand for addresses and an improved cyber security strategy, the growth rate for the IP is going to be even more promising.